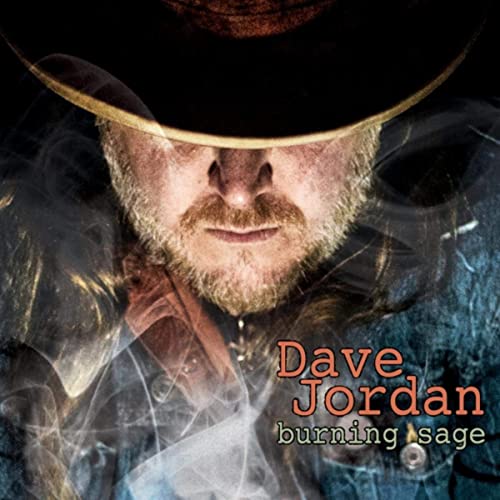 The croon of journeyman New Orleans singer-songwriter Dave Jordan recalls Nashville Skyline-era Bob Dylan on several songs from his latest album, Burning Sage. It’s most notable on the soulful album-opener “Lying to Myself” and the slow-burn title track, but references to the past are all over Burning Sage. Jordan wrote “Tucumcari Tonight” both as a tribute to his former bandmate, the late Jamie Galloway, and as a spiritual sequel of sorts to the Little Feat classic “Willin’.” Tucumcari is among the places Lowell George’s truck driver narrator references in that song, so when Jordan found himself driving through the small New Mexico town about six years ago, he borrowed a chord progression from “Willin’” for his tune. (The tune also features lovely guest vocals from fellow Louisiana singer Mikayla Braun). You can hear shades of Jordan’s old band, the NOLA funk outfit Juice, on the soulful, horn-enhanced “Could Not Stay.” The rocker “You Would” wouldn’t sound out of place in the hands of Anders Osborne, who produced Jordan’s 2010 debut, These Old Boots. Jordan—who plays regularly in the Crescent City with his backing band The NIA, aka the Neighborhood Improvement Association—even turns Neil Young’s “Out on the Weekend” into a slide-guitar-driven New Orleans stomp, tackling Young’s lyrics with a gruff, raspy vocal. Jordan doesn’t break new ground on Burning Sage. Instead, he leans into the kind of soulful, laid-back roots-rock that will put you in a New Orleans state of mind.