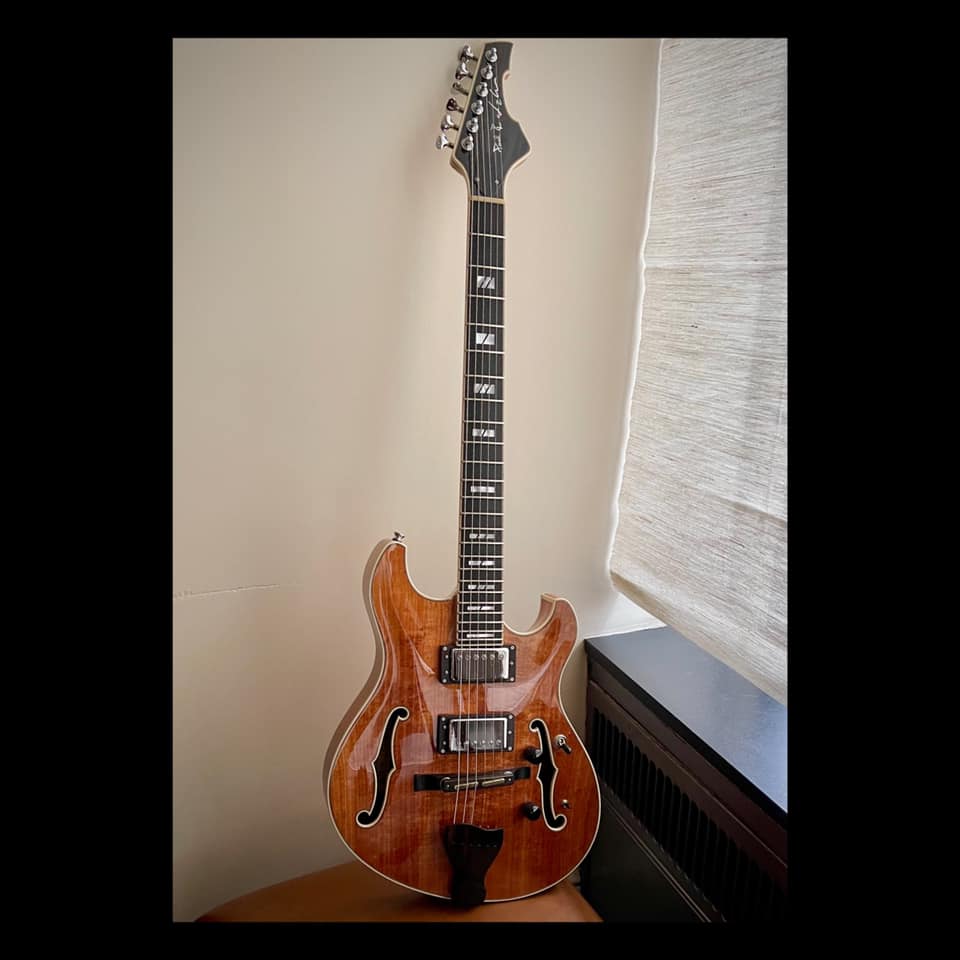 Trey Anastasio has added another Languedoc guitar to his collection. In a post on social media on Jan. 15, the Phish guitarist shared photos of the new axe, accompanied by a note with details.

This guitar marks the tenth that luthier (and erstwhile Phish soundman) Paul Languedoc has made for Anastasio. In the post, Trey noted that while the guitar looks very similar to his 1996 and 2002 koa guitars, there are a few new developments to the instrument.

“Most notably, the white binding on the two earlier guitars was a plastic material. Paul has been making his own hardwood binding on recent guitars, and for this guitar he used holly for the off-white binding, and ebony for the fingerboard and tail piece,” wrote Anastasio. “He also used ebony for the handmade pickup casings. He used single pieces of koa for the top and back, and maple for the neck. Paul also used new tuning knobs with a different gear ratio, and it tunes so easily.

“The fact that this guitar has no plastic on it whatsoever warms my heart,” added Anastasio. “The perfect guitar for 2021.”

At the end of his note, Trey coined the new ‘Doc “The 4.0 Guitar,” which will perhaps lead fans to start categorizing Phish shows that occur once live music returns as “4.0.”

“The fact that this new guitar appeared during this downtime gives me hope for a new era of live music. I’ll play it with love and gratitude, from the first notes of the next live shows,” wrote Anastasio. “‘The 4.0’ guitar!”