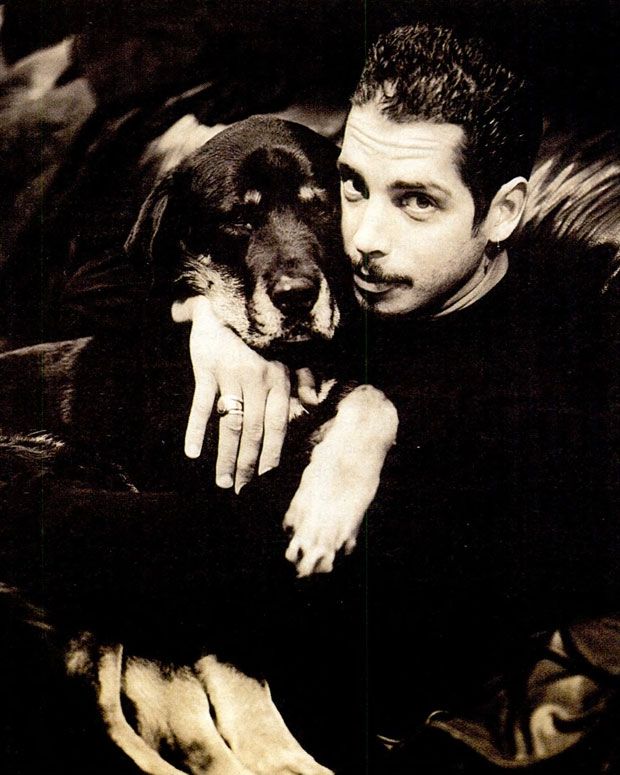 While no current member of Pearl Jam has yet to release a statement, the band did post their very first tribute to the late Soundgarden frontman and longtime collaborator Chris Cornell. In a photo simply entitled “Chris,” the band posted an archival photo of Cornell with a dog.

As AlternativeNation reports, former Pearl Jam drummers Matt Chamberlain and Dave Abbruzzese have both posted remembrances of their friend. “I’m really going to miss Chris Cornell,” Chamberlain said. “He was a very gentle soul and a genius musician, I had the hairs on the back of my neck stand up nightly from his otherwordly singing back in 2014 when I toured with Soundgarden.”

Chamberlain toured with the band in place of regular Soundgarden drummer Matt Cameron, who had prior commitments with Pearl Jam during that time. Chamberlain also of course was a member of Pearl Jam briefly in 1991.

Abbruzzese responded to Chamberlain’s Facebook post on Cornell saying, “Much love to you, Matt. One of the greats. Chris Cornell: Great singer, songwriter, family man.”