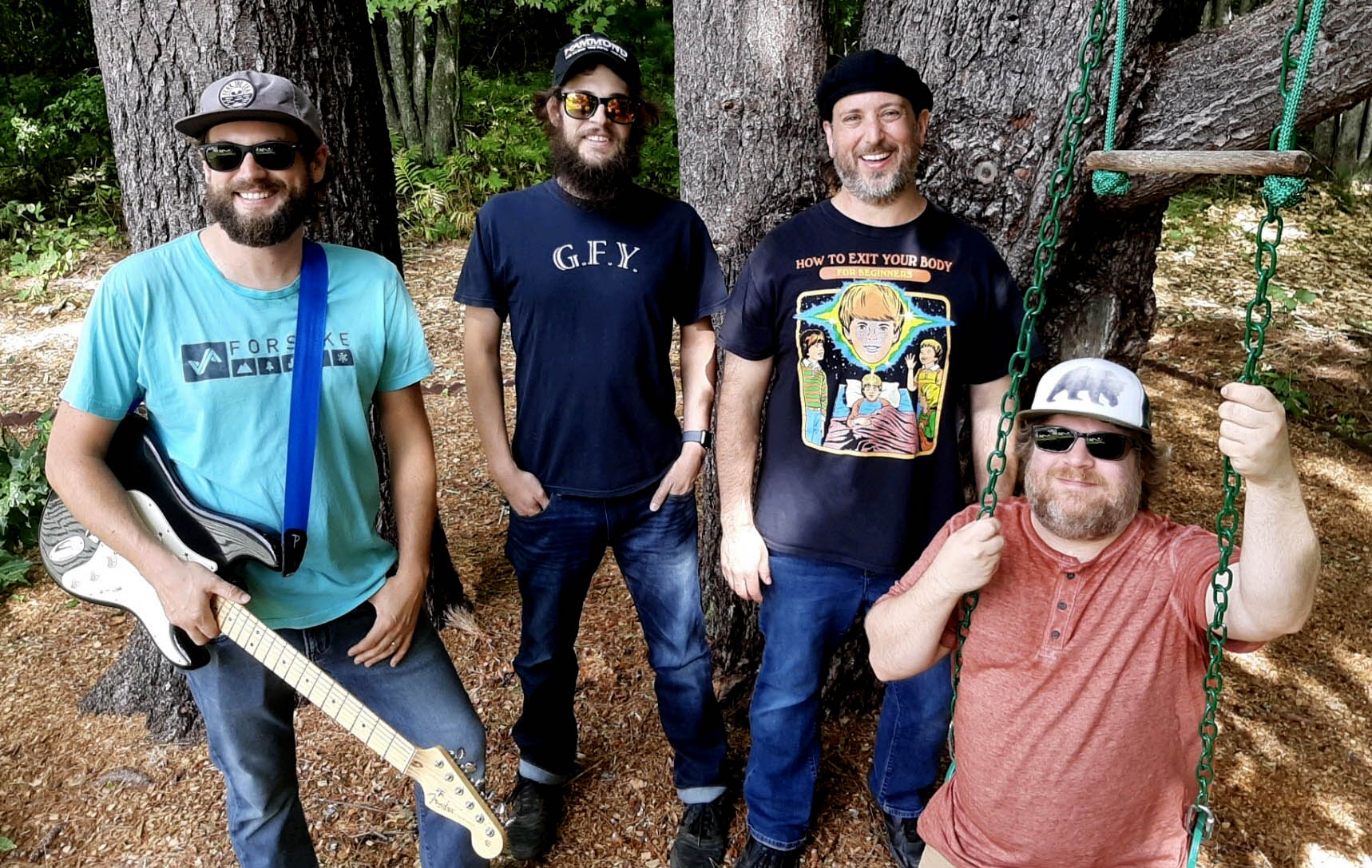 Marble Eyes, made up of bassist Eric Gould (Pink Talking Fish), guitarist Mike Carter (The Indobox), drummer Adrian Tramontano (Kung Fu) and keyboardist Max Chase (Amulus), is a band formed out of the COVID-19 pandemic. When the band was announced, they explained (in their Facebook bio) that Gould had “built up a large list of original songs that have not been realized” during his seven years in Pink Talking Fish. He brought some of the songs to Carter, who brought Chase into the fold. From there, Gould enlisted Tramontano, a jam-scene staple who has played in Kung Fu and The Breakfast, among other projects.

Today, we are premiering their new video for the track “Stop The Music,” a pandemic anthem written by Chase just a few days before Marble Eyes’ first public performance, which happened in early October. Gould later created the video on the heels of a Pink Talking Fish rooftop performance’s cancellation. (They were set to play on the rooftop of Nectar’s in Burlington, Vt.) Rather than wallowing, the bassist channeled his energy into making the new video. According to a press release, “Gould gathered a collection of Pandemic inspired phrases displayed on venue marquees and also incorporated organizations that have provided support and financial assistance to the live events industry. He also added a display of successful live music productions that have been happening along with images of fans experiencing joy at these events.”

“Somehow, in these challenging times, we have formed a new band that fills us with joy and inspiration,” Gould told Relix. “We call the Marble Eyes sound ‘Rock and Roll For The Soul’ because it has brightened our souls and we hope that carries through to people who are lifted by the power of music. The whole scene and the whole industry feel the effects of this Pandemic. We really captured a lot of these feelings with ‘Stop The Music.’ Creativity will spread light through the darkness. Marble Eyes is dedicated to keeping that light shining with our songs and performance.”

The video includes the song, as well as a lengthy discussion with the band, during which they touch on their formation, writing “Stop The Music” and more. Watch below: