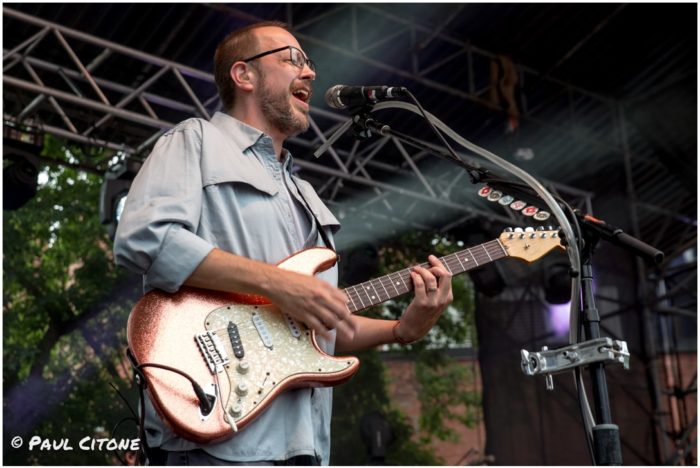 On June 26 moe. will release This Is Not, We Are, their first studio album in 6 years. Every Tuesday and Thursday the band will release a song from the forthcoming record, which is now available for pre-order. In addition, the group will share a live video for every tune on This Is Not, We Are that the band has performed in concert. The quintet has partnered with Relix to share these exclusive performance videos. Today it’s the Rob Derhak original “Who You Calling Scared” recorded live at moe.down on 7/5/19.

While Derhak wrote the tune, bandmate Chuck Garvey sings lead. Derhak explains, “The song is also a tribute to some of the funk and fusion guys that I discovered when I was younger, like Rocco Prestia from Tower of Power.” He ultimately enlisted Garvey because “when I sat down and tried to sing and play the basslines, I realized, ‘This is never going to happen. I can’t sing and play those bass lines at the same time. So I recruited Chuck to sing the song for me. He was a little reluctant at first but then he jumped on board.”