Trey Anastasio at the Beacon 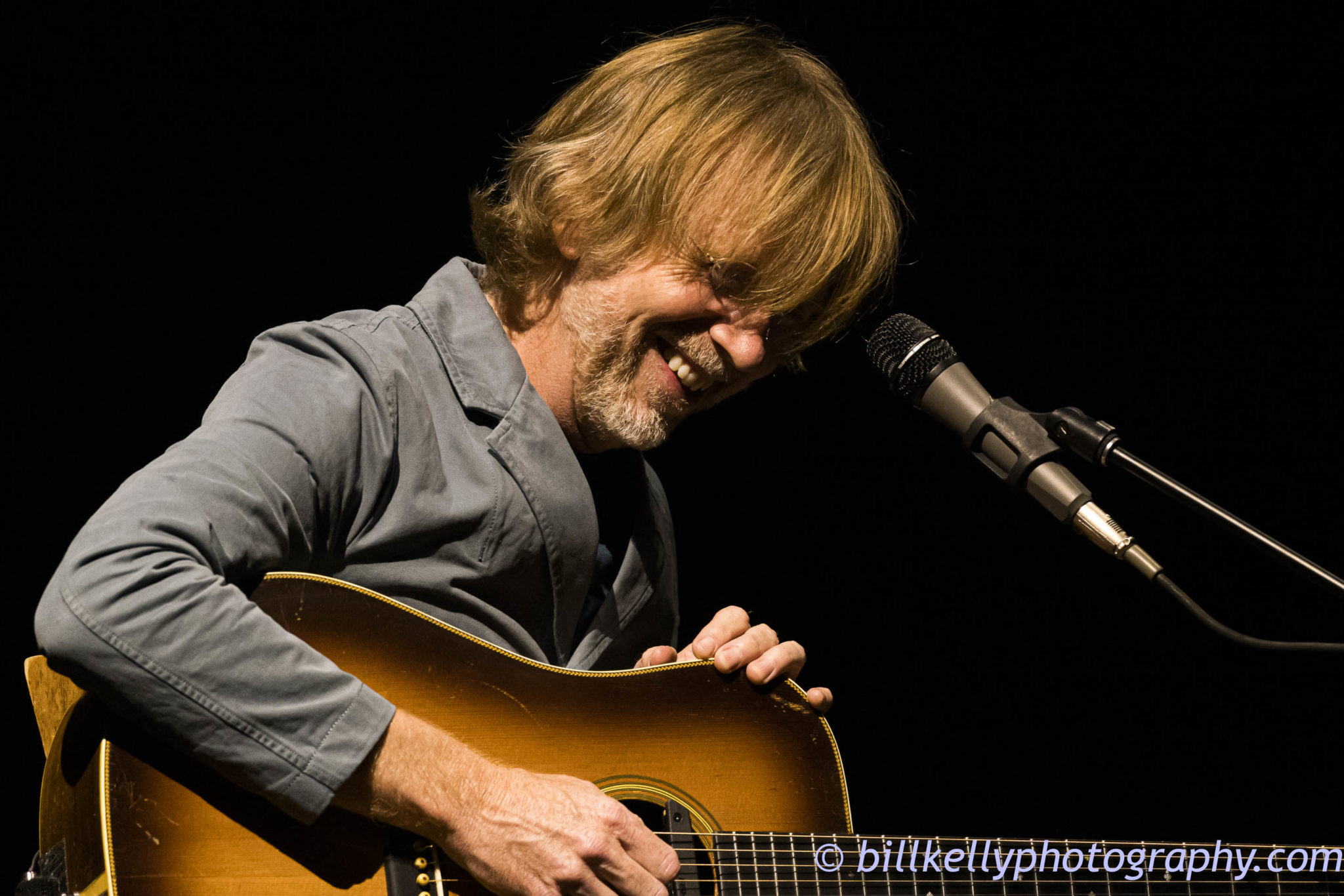 With the announcement of the Trey Anastasio shows at the renowned Beacon Theatre in NYC last month, a storm of media attention swirled, as they were to be the first fully-vaccinated full-capacity indoor shows since the onset of the pandemic. The media attention meant that tickets would be even harder to get than usual, never an easy task under normal circumstances. But to some of the most devout fans in the music business, no hurdle is too small to catch the show, especially one that was shaping up to be historic after such a long drought of live music.

Upon entering the tightly packed lobby after flashing my vaccination credentials, I’m thrust back into normalcy; surrounded by warm bodies, mask-less faces and smiles. Everywhere. Long, unending lines of them. I know that a special evening awaits, and so does everyone else. We are the lucky ones to be there, if only for a brief time.

When Trey comes onstage, the place erupts. The gratitude he has for his fans is returned tenfold. His chair, an old wooden number eerily reminiscent of a vintage teacher’s chair, sits center stage surrounded by his guitars, flanked by a yet-to-be-occupied small string section and grand piano. After humbly acknowledging the crowd, he sits down, grabs a guitar and quickly drops into “Theme from the Bottom,” a lyrically poignant jam vehicle that immediately alights the room.

He is clearly rehearsed and prepared, and the sound, while laid bare and vulnerable, is robust and full of love. When he sings the iconic and indispensable line “So toss away stuff you don’t need in the end, but keep what’s important and know who’s your friend…” the crowd sings along and explodes. We are onboard, and the captain is here. We are the lucky ones.

Trey follows with classics such as “Sample in a Jar,” a sublimely executed “Divided Sky,” “Free,” “The Wedge,” “Twist” and many more. The strings and piano accompaniment are exquisite, and lend the perfect embellishment to the performance, without compromising the raw beauty of the solo set. Throughout the night, Trey banters and jokes with the crowd, and the mutual love shared between this genial rock star and his adoring fans is genuine and palpable. Late in the set, a performance of the mostly instrumental “Slave to the Traffic Light” with its slow dynamic build, is rendered with a perfect balance of restraint, tension and triumphant release. There are lots of tears in the crowd; we’ve all been through so much.

The many Phish classics on the setlist have the crowd more than pleased. But for me, it’s the selections from Trey’s Ghosts of the Forest album that resonate most deeply. This record, which wrote and released in 2019 while experiencing the tragic loss of a lifelong friend, is an emotional masterpiece. At 56, Anastasio has understandably become deeply reflective about loss, his own mortality and his legacy, and these themes are richly and beautifully explored in Ghosts. While deeply personal to him, the album’s message resonates with listeners and the stories become yours. For me, this album and these songs have become vehicles—vehicles to conjure up ghosts. No, not the scare-you-in-the-night kind, but the kind that we coalesce with energy and thought. That happened that night at the Beacon. Twice.

During Trey’s performance of “Drift While You’re Sleeping” and “Brief Time,” both emotional explorations from the Ghosts album, something happened. Notwithstanding the masterfully arranged performances of these songs, I have never experienced such intensely cathartic moments during a musical performance. The only appropriate term here would be transported. At some point during both songs, I am literally alone. Everything drops away and emotion overwhelms me. The music is there, but Trey is gone. The crowd is gone. All that remains is love. And my father. This is a very real experience for me that I will cherish forever. I believe the Beacon is filled with ghosts on this special evening.

In “Drift While You’re Sleeping,” Trey speaks of love and permanence; “It’s love, it’s love, it always was, and it is and it always will be love…” We are all made of energy. The energy that came together to make us, and our essence, will always be here. It always was, and always will be. Anastasio has figured out how to conjure up ghosts with his music, and with love. This is his gift, and he’s wide awake and ready to share that gift with us.

The Steel Woods at The Shed

Billy & The Kids at Red Rocks