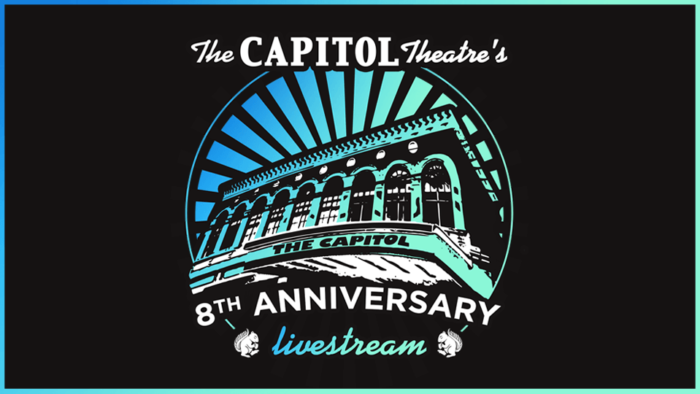 Teaming up with Lagunitas Brewing Company, The Capitol Theatre will celebrate its eighth anniversary with a virtual celebration on Sept. 12. Ahead of the stream, the venue has announced the lineup, which will feature Bob Weir, Phil Lesh & Friends, Trey Anastasio band, moe., Widespread Panic, Umphrey’s McGee, My Morning Jacket, Joe Russo’s Almost Dead and many more.

The stream will be hosted all day long on FANS, and programming will include live sets, archival performances, artist appearances as more. In addition to the musical performances, the broadcast will feature “special appearances” by Warren Haynes, Joe Russo, Brendan Bayliss and many more.

According to a press release, “The free livestream will encourage donations to support the temporarily shuttered venue so that it may continue to bring musical experiences to the Westchester community long into the future. A portion of proceeds will benefit National Independent Venue Association and their mission to preserve and nurture the ecosystem of independent live music venues and promoters throughout the United States.”

For more information visit FANS.com. Check out the complete lineup below!