Sounds of the Summer: The Head and the Heart 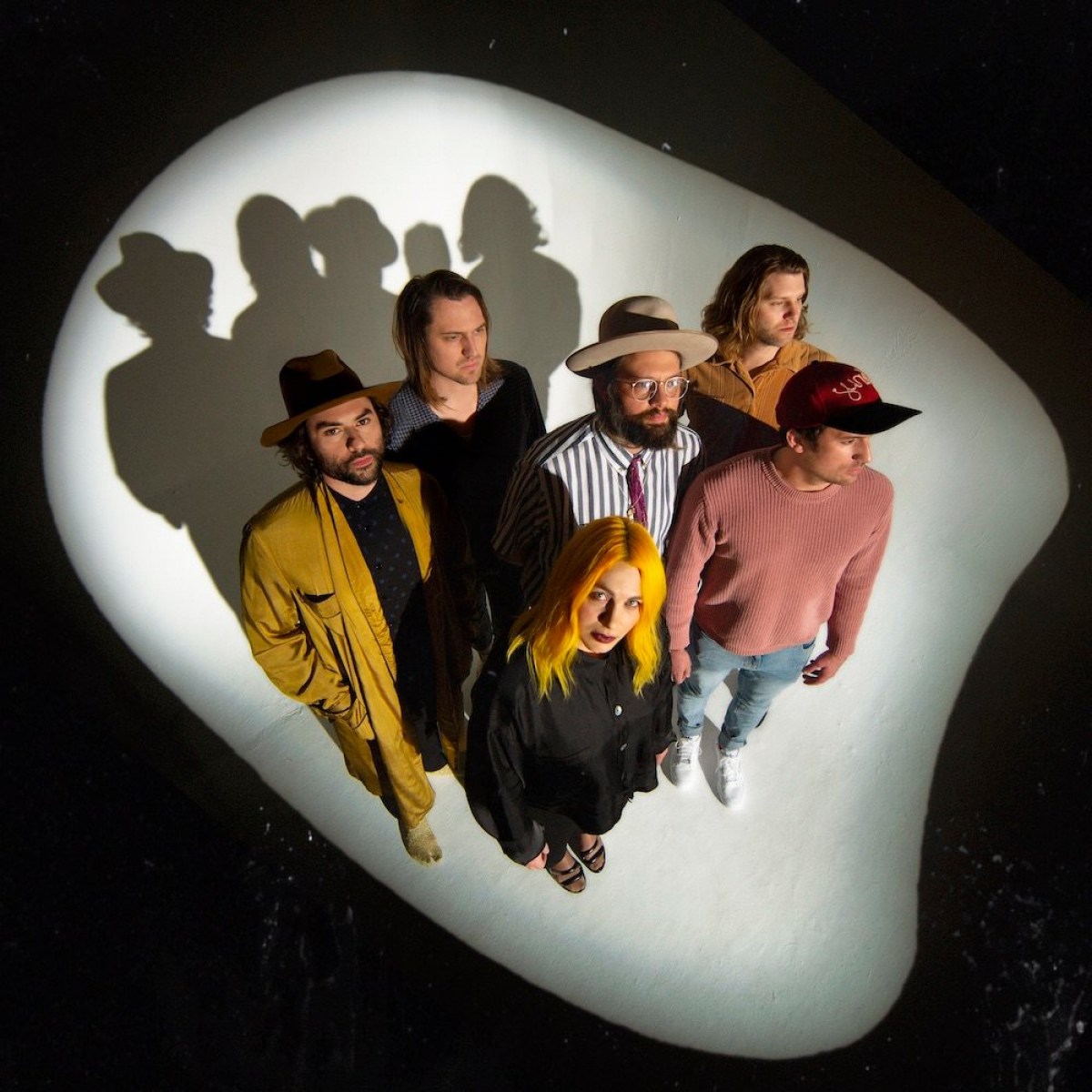 “Musically, we wanted to completely start over,” says Jonathan Russell, one of the principal singers and songwriters for The Head and the Heart, looking back on the state of his band as they started work on their fourth studio effort, Living Mirage.

The decision to start fresh wasn’t exactly fully in their hands, however. When the Seattle-bred indie-rockers gathered in early 2018 for a pre-recording brainstorming session in Joshua Tree, Calif., they found themselves short two regular members—Josiah Johnson, Russell’s counterpart who announced in early 2016 that he would be taking time away from the group, and keyboardist Kenny Hensley, who needed his own break during the Living Mirage sessions (but has since rejoined his bandmates on tour).

After releasing three albums, turning in countless marquee performances, and cultivating an expansive, dedicated fanbase, starting over isn’t usually the prescribed move for an established band. And while the final product of Living Mirage certainly isn’t a total departure from their earlier work, The Head and the Heart’s attempt to get back to basics while building the chemistry of a new lineup—multi-instrumentalist Matt Gervais, husband to founding member Charity Rose Thielen, came on after Johnson’s exit—ended up giving them a new perspective on what the decade-old group could create.

“Joshua Tree, in general, was selected as a clean slate,” Russell explains. “Whether you mean to or not, you can find or reinvent yourself down there. I shaved my head and left mutton chops, and wore these absurd black-and-white pants and colorful shit. Then, you feel like you’re going to look like you’re wearing a Barney suit when you go to the grocery store—and no one bats an eye. You’re just one of the many eccentrics that are out there.”

For Russell, the trip was an extension of his usual songwriting approach, amped up to a new, exciting level. “When I’m making demos at home, I will change my outfit for every instrument I’m playing. If I hit a wall, I’ll just put on something completely different—like, I’ll dress up to feel more sharp like Sinatra or Miles Davis or, if I have no idea what I want to come out of the guitar but I want it to be something unexpected, I’ll just put on a bunch of weird shit. For me, Joshua Tree was like that on steroids.”

“There’s an ease about being in the desert,” adds bassist Chris Zasche. “It innately gives you the feeling of experimenting, of being able to try and fail. It felt like a good, low-pressure environment to start over.”

Living Mirage, which was released in mid-May, captures The Head and the Heart as they find their collective self after their unplanned shakeup. Russell remembers how he was “sick of being a songwriter” after touring with the band for their last album, 2016’s Signs of Light, and wanted to focus on the electric guitar and now fashions himself as a “more reactionary musician.” Thielen describes the process for the new album as taking the more modern production techniques the band learned thanks to their last effort and using them in a more minimalist way, pointing to the slow-jam track “Honeybee” as an example.

“Every album is really a response to the one that preceded it, you know?” Thielen offers, noting that the process for Living Mirage, which included various other songwriting and recording gatherings in Seattle, Wisconsin, Nashville and more, afforded her and her bandmates more freedom within the confines of the group. “There was an allowance for worlds being changed—more fluidity.”

“A lot of that [Joshua Tree] trip was redefining who we were as a group, as musicians, and breaking down previous barriers or limits on what we thought each person could do,” Zasche adds. “It was hard, but also incredibly productive.”

Once The Head and the Heart began playing live without Johnson, there was some blowback from fans who longed for the connection they’d formed with the absent musician—whose personality and stage presence, Russell admits, was better suited to reaching out to the audience than his own. But change is necessary, especially for a band beginning its second decade in the business.

“People want you to be the band that they know, and it’s hard to break from that,” Zasche reflects. “But you have to look at history—like David Bowie. You look at those kind of people and realize you have the license to change and grow. It’s tough to break out of what you’re used to, but it’s incredibly rewarding.”

Russell adds that he and Zasche, in particular, are already looking forward to the new music that will come from The Head and the Heart’s current lineup—which, he explains, is unlikely to feature Johnson again, save for some possible songwriting collaborations. Despite the slight trepidation that the band members had because of the new approaches they took with Living Mirage, there are still countless musical avenues to explore.

“We’re already hearing songs like ‘Brenda’ and thinking, ‘I can’t believe we thought that was shaking things up!’” Russell says. “There’s always [fear] of what the ripple effect of change will be, but I think the alternative to that is even worse. Can you imagine if you made a record for someone else and it still didn’t do well? It would be such a disappointment to everyone—yourself included. You need to make a record that you love and that you’re proud of, even if it gets a little friction. You shouldn’t expect everybody to like everything—that’s not the point of art.”